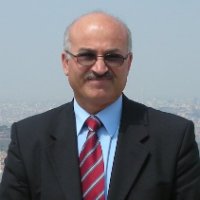 General Director
The International Centre for Innovation in Education

Taisir Subhi Yamin is a professor of gifted education. He has a B.Sc. in Physics, an M.A. in Special Education, and a Ph.D. in Gifted Education and Computer Assisted Learning from Lancaster University in England. He is the recipient of academic prizes and fellowships from England, and the U.S.A. including a Fulbright Award (1996), Leadership in Gifted Education from the WCGTC (2013), and the British Council scholarship.

Prof. Yamin is active in the field of science popularization, creativity, innovation, gifted education, and has written 35 books, a large number of articles, chapters in edited books, and a large number of research papers. In addition, he has developed a number of training packages to develop productive thinking skills (Creative thinking, critical thinking, creative problem solving, future problem solving, communication, collaboration). He is an active member of an impressive list of academic institutions, including: the British Educational Research Association (BERA), the European Council for High Ability (ECHA), Bahrain Association for the Gifted and Talented; Former President, Jordanian Association of Physicists, the National Committee for Gifted Education. He is also the National Chancellor and Vice President of the International Association of Educators for World Peace (IAEWP); Vice President, the International Higher Education Teaching and Learning Association (HETL).

He was a delegate of the World Council for Gifted and Talented Children (WCGTC) for about ten years. In 2002 he was elected as a member of the executive committee of the WCGTC. Professor Yamin was involved in developing UAE project for the gifted and talented in Ulm University. In addition, he has established, in cooperation with Todd Lubart and Sandra Linke, The International Centre for Innovation in Education (ICIE). The ICIE has seven branches in: France, Germany, Sweden, Turkey, Canada, Kenya, and Jordan. In 2005 he was named editor-in-chief of Gifted and Talented International. In March 2009, he was elected as the President of the WCGTC for four years. More recently, he is the General Director of ICIE in Germany, and research fellow at Université Paris Descartes. In the year 2013, he founded, in cooperation with Ken McCluskey the International Journal for Creativity and Talent Development (IJTDC). This ICIE publishes the IJTDC in partnership with a number of American and European universities. In 2018, he joined the Faculty of Education-University of Winnipeg, Canada as a visiting professor. He is responsible for international projects.