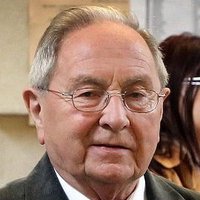 Franz J. Mönks became a member of the Department of Developmental Psychology at the Radboud University Nijmegen (The Netherlands) in 1962 and in 1967 he became full professor and head of the same department. In 1988 he was awarded a professorship on a newly established chair at the Radboud University Nijmegen The Development of Gifted Children, and he also became director of the newly founded Center for the Study of Giftedness (CSG) there.

Mönks has published and edited numerous books and articles about developmental psychology and gifted education.  Dr. Mönks was elected as president of the European Council for High Ability (ECHA) in 1992, and again in 1996; he was elected for the third time in 2004. He served as Vice-President of WCGTC from 1989 until his first election to the ECHA presidency.